Any part of your retina, the thin layer of tissue located on the inside back wall of your eye, can be affected by disease. The retina contains millions of light-sensitive cells and other nerve cells that receive and organize visual information that is sent to your brain through the optic nerve, enabling you to see.

Retinal conditions vary widely, but most of them cause visual symptoms that, if left untreated, can cause severe vision loss or even blindness. Depending on the extent of your condition, retinal disease can be stopped or slowed to help preserve, improve, or restore your vision.

Retinal conditions diagnosed and treated at Aran Eye Associates include:

If you are diabetic, the capillaries (small blood vessels) in the back of your eye can deteriorate to the point where they leak fluid into and under the retina, causing it to swell. As a result, it may blur or distort your vision or develop abnormal capillaries that break and bleed, worsening your vision.

A retinal tear occurs when the clear, gel-like substance in the center of your eye (vitreous) shrinks and tugs on the thin layer of tissue lining the back of your eye (retina), causing a break in the tissue. Often, it is accompanied by sudden symptoms such as floaters and flashing lights.

A retinal detachment is distinguished by the presence of fluid under the retina. This usually occurs when fluid passes through a retinal tear, causing the retina to lift away from the underlying tissue layers.

A macular hole is a small defect in the center of the retina at the back of your eye (macula). The hole may develop as the result of abnormal traction between the retina and the vitreous, or it may be due to an injury to the eye.

A vitreous detachment is a condition in which a part of the eye called the vitreous – a gel-like substance that fills the interior of the eyeball – shrinks and separates from the retina, the light-sensitive area at the back of the eye.

Floaters are what we call small dark shapes that float across your vision field. Some appear as spots, while others look like threads, squiggly lines, or even little cobwebs. Most people have floaters that come and go, and they often do not need treatment. However, floaters can also be a sign of a more serious eye condition.

The vitreous humor is a gel-like substance that fills most of the space between the lens and retina in the back of the eye. As we get older and this substance becomes more fluid, it can eventually detach from the retina in several areas. This often produces vitreous floaters, which are thicker portions of the vitreous that floats in the more liquid portion. The symptoms of these floaters are shadows or dark spots that move through the visual field. A posterior vitreous detachment or PVD is most common after 40 years of age. The vitreous will separate from the back of the retina near the optic nerve.

When a vitreous detachment occurs, it produces symptoms that are similar to a retinal detachment, as traction with the retina is common. These symptoms include increased floaters (especially ring-shaped central floaters) and flashes of light (photopsia). That’s why it’s important to have a dilated funduscopic examination as soon as possible if any of these symptoms are noted. Retinal tears are possible during these detachments and should be monitored for up to three months after the onset of symptoms to rule out the risk of retinal detachment.

If you suspect you may have diabetic retinopathy, macular degeneration, or a retina problem, you are not alone. Millions of people develop eye-related issues, especially as they get older. Visit the experts at Aran Eye Associates. to get a comprehensive evaluation and recommendations on the latest and greatest treatments. Call (305) 442-2020 to schedule a consultation, or use our convenient online Request an Appointment form to arrange your visit. 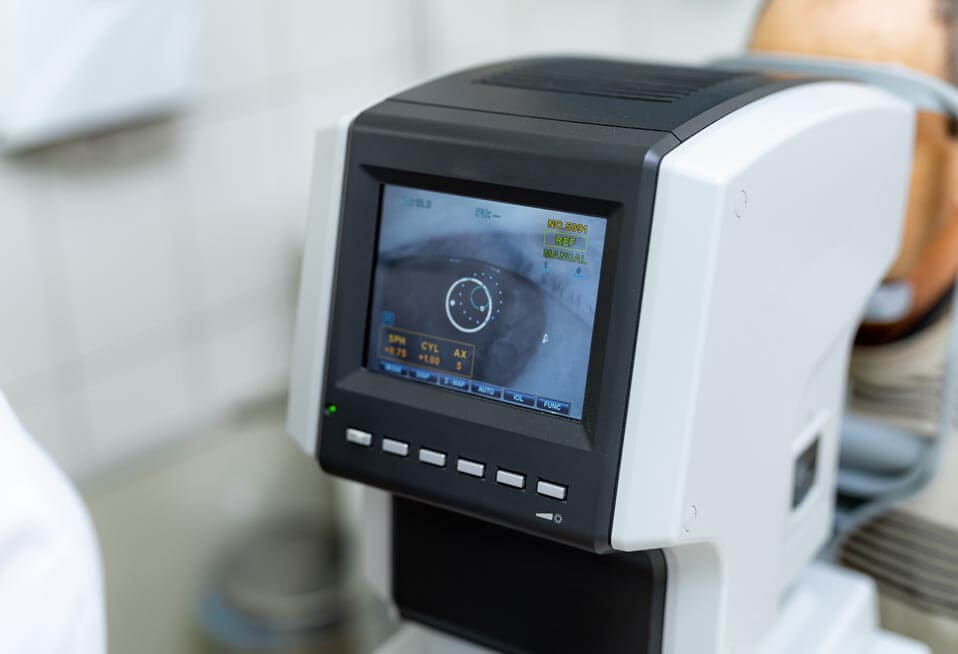