Glaucoma is typically characterized by abnormally elevated eye pressure, which irreversibly damages the optic nerve. The optic nerve carries the images we see from the light sensing retina at the back of the eye to the brain. The damaged nerve tissue generally affects the peripheral vision first and can advance to include the central vision. Glaucoma rarely has any symptoms until it is in an advanced stage. There are several forms of this disease which differ as to the cause of the increased eye pressure. If the trabecular meshwork (the natural drain of the eye) is not blocked by the iris it is called Open-Angle Glaucoma, if the trabecular meshwork is blocked by the iris it is called Narrow-Angle Glaucoma.

This disease affects all ages and races but develops more frequently in adults and people of African American descent. Other important risk factors for the development of glaucoma include positive family history, diabetes, hypertension, and cardiovascular disease.

Early diagnosis and treatment are essential to prevent loss of vision. Since most forms of glaucoma do not cause pain or early loss of central vision, patients may remain asymptomatic until advanced stages of the disease. Glaucoma is diagnosed by examining the intraocular pressure, appearance of the trabecular meshwork, optic nerve health, and integrity of the visual field. Normal intraocular pressure ranges from 8mm Hg to 21mm Hg. Routine eye care is therefore imperative in early detection and treatment of glaucoma.

When a diagnosis of open-angle glaucoma is made, most patients are started on medication to lower the intraocular pressure. If one is not sufficient, additional medications may be added. When topical medication is not effective or the patient is physically or cognitively unable to administer drops, the next step is laser treatment (ALT: Argon Laser Trabeculoplasty or SLT: Selective Laser Trabeculoplasty). These outpatient procedures increase fluid outflow from the eye by thermally changing the configuration of the trabecular meshwork. Finally, if these attempts do not lower intraocular pressure to a safe level, a surgical filtering procedure called trabeculectomy or an implantation of a filtering device can be performed. These filtering procedures open another channel for fluid to flow out of the eye reducing the intraocular pressure.

When a diagnosis of narrow-angle glaucoma is made, it indicates that the iris is causing the trabecular meshwork of the eye to become blocked, reducing outflow of the intraocular fluid and increasing the eye pressure. Most patients can be successfully treated with an outpatient laser procedure called an LPI: Laser Peripheral Iridotomy. In this procedure a laser creates one or two small openings in the peripheral iris to allow intraocular fluid circulation and reduce blockage, thus lowering the eye pressure. A prophylactic LPI is often performed before the onset of glaucoma in eyes with narrow angles.

If you suspect you may have glaucoma, visit the experts at Aran Eye Associates. We will use state-of-the-art techniques and equipment to get you a definitive diagnosis and effective treatment. Contact us at (305) 442-2020 to schedule a consultation, or use our convenient online Request an Appointment form to arrange your visit. 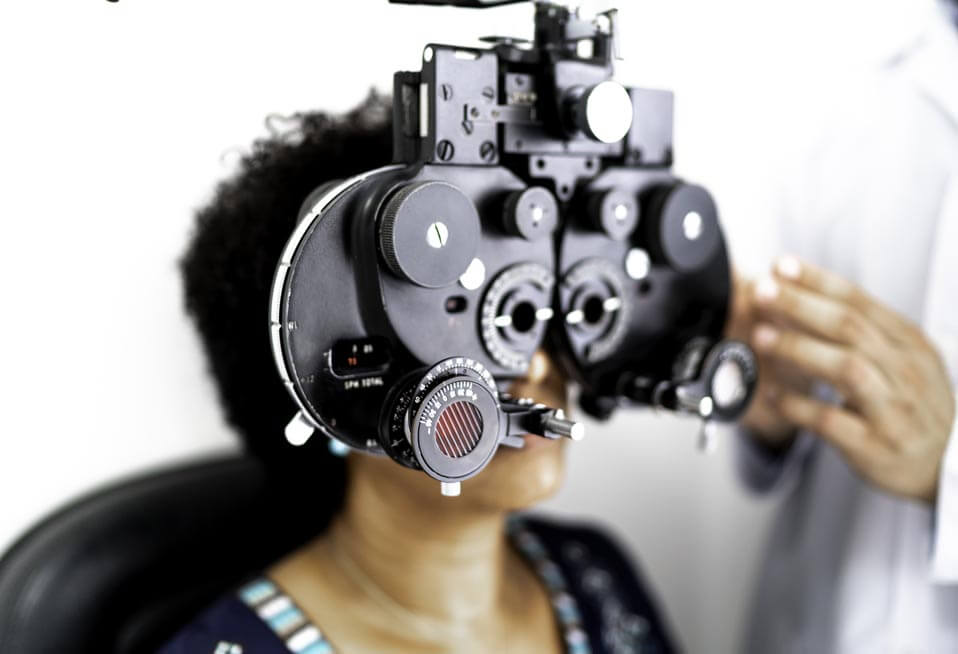